However, the Pakistani central bank, the State Bank of Pakistan intervenes in the foreign exchange market to affect the value of the currency in order to meet particular macro-economic goals and reduce volatility of the exchange rate where possible.

Owning to the volatility and fragility of the Pakistan economy, the Pakistan rupee doesn’t have noticeably strong correlations with financials, commodities or other currencies. 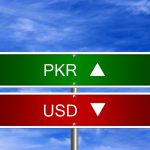 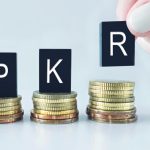 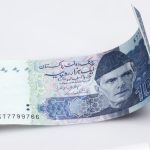 Pakistan Rupee (PKR) rises for second day Inflation at 11.1% in April US Dollar (USD) rebounds versus major peers US trade data, factory orders and business conditions numbers due The… Continue

When was the PKR introduced?

The Pakistani rupee was introduced in 1948, and the currency is controlled by the State Bank of Pakistan.

What is the currency symbol for the Pakistani rupee?

You’ll see the Pakistani rupee represented with the symbol Rs, as well as the international currency code PKR.

What is the Pakistani rupee worth?

The Pakistani rupee is a floating currency, which means its value against other currencies changes all the time. To get the current exchange rate from your currency to PKR, you’ll need to get an online currency converter, or use a Google search. This will show you the mid-market exchange rate, which is the one banks get when they buy and sell currency on the wholesale markets.

Check the rates you’re offered to make sure you don’t get any nasty surprises. And if you’re looking for currency exchange which uses the mid-market exchange rate with low, transparent fees, try Wise.

The best PKR exchange rate available at any given time will be the mid-market exchange rate. This is the rate used when trading currency on global markets. However, it’s often not passed on to retail customers exchanging smaller amounts of currency.

Compare both the exchange rates and fees available for a variety of exchange services before you decide which is offering the best deal. Usually you’ll find that currency exchange at locations with a captive audience - hotels and airports, for example - have the worst rates, while online services have lower overheads and may offer better rates. Some, like Wise, pass on the mid-market exchange rate to customers, and just charge a simple, upfront fee for their service.

Can you exchange Pakistani rupees in the UK?

Some currency exchange services and banks in the UK will be able to sell PKR. However, Pakistani rupees may be considered an exotic currency, which means it’s worth calling ahead to check availability, or ordering online for collection.

Is PKR pegged to USD?

Is PKR pegged to GBP?

PKR was pegged to British pounds when it was first introduced. However, this peg was removed in 1983. PKR is now a floating currency, although the Pakistani government may intervene from time to time to make sure the value remains stable.