Its currency code is PHP and the symbol is ₱. 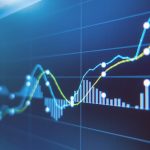 US Dollar gained versus SGD, THB despite ‘risk-on’ trade Rising US inflation expectations could be aiding the Greenback Philippine Central Bank &, INR looks to Indian CPI WEEKLY RECAP The… Continue

What is the Philippine Peso (PHP)?

The Philippine peso is the official currency of the Philippines. You may also see peso written as piso - its Filipino name.

When was the PHP currency introduced?

Although currency of varying types has been used in the Philippines for a long time, the Philippine peso dates back to 1898. It was introduced by the revolutionary government after independence was declared. This form of the peso stopped being produced after the Philippines became an American colony, but the name peso lived on.

What is the currency symbol for the Philippine Peso?

The symbol for PHP is ₱, although you may also see variants on this symbol, such as P$ in use.

Is the Philippine peso pegged to USD?

The Philippine peso is not pegged to USD.

However, pesos were pegged to the US dollar during the period that the US was in control of the Philippines. When the Philippines became independent in 1946 the central bank tried to keep the currency pegged to the dollar, but a black market trading in dollars grew up. This led to devaluation of the peso over time.

When the Philippine peso was initially pegged to USD, the peg was set at PHP2/USD. However, this proved hard to maintain after the Philippines achieved independence, and the exchange rate on currency black markets was already PHP3/USD by the 1950s.

In 1993, the Central Bank of the Philippines decided to move toward a free floating currency, removing the peg to dollars. This was achieved in 2003, and has meant an end to the black market in currency sales.

Where can you exchange Philippine peso?

You’ll be able to change your money to Philippine pesos at your bank, at a branch of a currency exchange service, online or even in a hotel or airport. However, it’s good to know that the exchange rates and fees on offer may vary wildly. Typically the exchange rates used in airport and hotel exchange desks do not offer great value, for example.

Before you decide which provider to use to change your currency, make sure you compare the exchange rates used, as well as the fees. You can get the current mid-market PHP exchange rate by using a currency converter or Google search - look for a provider offering this rate, or as close to it as possible, for the best available deal. Some online providers such as Wise use the mid-market exchange rate and charge a low, transparent fee for currency services.

The best exchange rate available at any given time is the mid-market exchange rate. This is the one used on global money markets when banks and other large currency services buy and sell money.

Exchange rates change all the time according to market forces, though, so it can be tricky to keep up. Find the current mid-market exchange rate online, using a simple Google search.

It’s worth knowing that the mid-market rate isn’t always offered to retail customers exchanging money. Providers often add a markup to the exchange rate used - effectively an extra fee. Make sure you compare a few services to find the best deal available for your currency conversion.