The New Zealand dollar is one of most traded currency globally and the most popular exchange is with the US dollar (USD-NDZ). 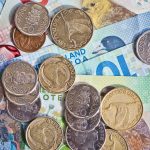 The Nasdaq hit another record high on Thursday whilst the Dow Jones and S&P 500 were flat on the day. The US Dollar weakened against most major peers. The 10-year… Continue 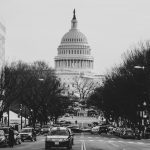 Georgia win will help Biden to increase stimulus. AUD, NZD in a strong run, supported by safe-haven bids. US Treasury yields jumped higher. US equities surged ahead yesterday after a… Continue 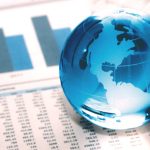 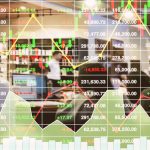 Data Helps Risk-Bulls, UK and US Sessions Could Turn the Tables

Which country’s currency is the New Zealand dollar (NZD)?

The New Zealand dollar is the official currency in New Zealand. It is also used in the Cook Islands, Niue, Tokelau, the Ross Dependency in Antarctica, and British outpost of Pitcairn Islands.

What is the symbol for NZD?

When was the NZD introduced?

The New Zealand dollar replaced the old New Zealand pound on 10 July 1967. Converting to the dollar meant moving to decimalised currency - considered much more straightforward than the old pound system.

What is the New Zealand dollar worth?

Since 1985 the New Zealand dollar has been a floating currency. This means that the value of NZD relative to any other currency moves up and down all the time with the market. To find the value of NZD against your currency, use a simple Google search or get an online currency converter.

This will bring up the mid-market exchange rate for your currency pair. However, it’s worth knowing that banks and currency exchange services don’t always offer the mid-market exchange rate to their retail customers. Instead they may add a markup to the rate used, which is effectively an extra fee. This can make it tricky to work out the true cost of changing your currency, and push up the overall costs.

The best NZD exchange rate for your currency is the mid-market rate. This is the rate used by banks and large currency services when they buy and sell NZD on the global markets. However, this rate isn’t always passed on to retail customers. Instead, it’s common to see a markup added to the exchange rate available, which increases costs.

You won’t usually be able to use Australian dollars in New Zealand. Change your currency when you arrive, or get NZD from a local ATM in New Zealand instead.

If you do find places in New Zealand where Australian dollars are accepted, you’ll want to look carefully at the exchange rates used. There’s likely to be a big markup on the mid-market rate, as an extra charge for the convenience of using AUD abroad.

Can you use New Zealand dollars in Australia?

The official currency in Australia is the Australian dollar. New Zealand dollars won’t be accepted in Australia, so get your local currency before you travel, exchange cash on arrival, or use local ATMs.

Can you use US dollars in New Zealand?

Most shops, restaurants and retailers in New Zealand will not accept US currency as payment. You’ll need to have NZD on hand to pay.

It’s possible that you’ll find some large hotels, resorts or stores in the airports which do take USD, but they’re likely to add a large markup to the exchange rate available, which will push up the cost. Compare the exchange rate being offered against the mid-market rate to make sure you don’t get any nasty surprises.

You can open a foreign currency account in Australia, and use this to hold and manage your New Zealand dollars. Check out the foreign and multi-currency accounts available from the biggest banks, and compare the services and prices available with online alternatives to get the best one for you.

Can you open a NZD account in the US?

It’s possible to get a foreign currency account in the US, and use this to manage your NZD currency. However, simple and convenient foreign and multi-currency accounts aren’t as common in the US as you might expect. Many products available from traditional banks are aimed at high net worth individuals looking to invest, and so require large deposits to get started. Check out the products available, and read the small print carefully before you decide.

If the main banks in the US don’t have what you want, consider a modern online alternative like the multi-currency account from Wise.