The Japanese yen is the official currency of Japan and it's one for the strongest currencies in the world. One of the most popular exchange is with the US dollar (JPY-USD).

The Japanese yen currency symbol is ¥ and its currency code is JPY. 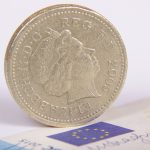 Risk-off dominated in the Asian session. The safe haven US Dollar and Japanese Yen rose whilst risk sensitive Australian and New Zealand Dollars declined along, with stocks and cyclical commodities… Continue 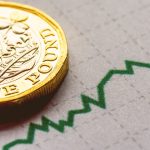 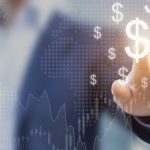 USD/JPY falls after the early rise. Vaccine optimism weighs on JPY, aiding the pair. Traders eye US data for further clues. The USD/JPY trades near intraday lows around 104.35 in… Continue

JPY is the currency code of which country?

The Yen is one of the most commonly traded currencies in the world, after US dollars and euros. It’s also one of the currencies commonly held by governments as part of their foreign reserves. The issuing authority for Japanese yen is the Bank of Japan.

What is the symbol for Japanese Yen?

You’ll see Japanese yen depicted using the symbol ¥. This is also written as JP¥ to distinguish it from other currencies using the same or similar symbol.

When was the Japanese Yen introduced?

How much is Japanese Yen worth?

The Japanese yen is a floating currency. This means that its value will change over time according to the dynamics of supply and demand.

To find out what the yen is worth today, you’ll need to search online for your currency pair - or use a handy online currency converter. This will give you the mid-market exchange rate for the currency pair you need.

The mid-market exchange rate is important because it shows the value of the yen on the global market. However, this is not necessarily the exchange rate you’ll be given if you want to send money overseas with your bank, or pick up your travel money at the airport. In fact, banks and currency services often add a markup to the exchange rates they use. This can push up costs, and mean you get less for your money than you expect.

Check the exchange rate you’re offered by your chosen provider against the mid-market rate to see if there’s a markup. If there is, you might be better off using a mid-market provider like Wise for your currency needs.

How much is one Japanese Yen worth in US dollars?

The value of the yen against the dollar changes all of the time according to market demand. To give some context to the swings in value over the past few years, in 2015 you could have got as many as 125 yen for one USD, whereas only a few years earlier in 2011, you may have only got 75 yen for your dollar.

To find the best rate for Japanese yen, you’ll need to shop around. Make sure you know the mid-market rate for your currency pair, and look for a provider which offers this - or as close as possible.

It’s common for banks and currency services to add a markup or margin to the exchange rates offered to retail customers. This is an extra fee, and can make it hard to see exactly what you’re paying for your transaction.

Avoid this issue entirely by using a provider which offers the mid-market rate for currency conversion.