The euro is the single currency for the European Union (EU); an economic and political partnership between 28 member states. Since its introduction in 1999, 19 states within the EU have adopted the euro. A number of sovereign states outside of the EU have also adopted the euro. These include the Principality of Andorra, the Principality of Monaco and the Vatican City.

The euro is the second most traded currency on the global foreign exchange markets after the US dollar. It is also a major reserve currency of the world, meaning many central banks and financial institutions hold euros as reserves. 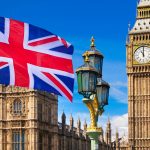 The pound euro (GBP/EUR) exchange rate is heading southwards but is still set to book small gains across the week. The pound edged lower yesterday after the BoE raised interest… Continue 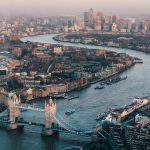 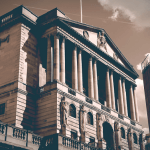 The pound euro (GBP/EUR) exchange rate is edging lower after three days of gains. The pound rose yesterday despite UK government borrowing jumping to the highest level ever recorded for… Continue 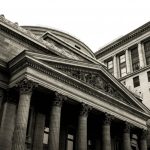 When was the Euro introduced?

The first euro coins and banknotes came into circulation on 1 January 2002, with 12 countries initially making the switch from their national currencies to the new shared euro.

However, planning for the euro got underway more than a decade earlier, with a commitment to monetary union made as early as 1991. The new currency then had a sort of ‘soft launch’ from January 1999, being brought in as an invisible currency for accounting and electronic payments, to give governments, companies and individuals some time to adjust their systems before the full launch in 2002.

Which countries use Euros?

At present, 19 countries have adopted the euro as their national currency:

What was the first country to adopt the euro?

Which EU countries don't use the euro?

19 of the EU’s 27 countries have adopted the euro already. The remaining countries which have not yet started to use the euro are:

Denmark has an opt-out clause which means it will not adopt the euro, despite being an EU member. The other EU countries plan to join the monetary union in future, once they meet the criteria for doing so.

What is the Euro symbol?

You’ll see the euro currency represented with this symbol: €

The symbol originates from the Greek letter epsilon, and is also supposed to remind us of the ‘E’ in Europe. The double lines in the middle are said to be chosen to represent stability.

What is the price of Euro?

For convenient, low cost currency conversion which uses the mid-market rate with no markup, check out Wise.

When was the euro at its highest?

However, it’s worth noting that banks and currency services won’t necessarily offer retail customers the real exchange rate that you find online or using a currency converter. Instead, a markup or margin is added to this rate - an extra profit for the provider, and an extra fee for the customer.

To get the best euro exchange rate at any given time, look for a service which offers currency conversion using the mid-market rate with no markup, such as Wise.

What is the lowest the pound has ever been against the euro?

On 29 December 2008, you would have received only EUR1.02 for each pound you sold - the lowest point for the pound in the history of the euro. To put this into perspective, at the point that the British pound was strongest against the euro, one pound would have bought you EUR1.75 (3 May 2000).

What is the highest the dollar has ever been against the euro?

On 26 October 2000, when the euro was being traded as an ‘invisible currency’ and had not yet launched in physical form, one dollar would have bought you EUR1.21. This is compared to an average over the lifetime of the euro currency which would see your dollar worth only EUR0.85.